back to the blog

The TV from past to future: Rewind Romagna emerges 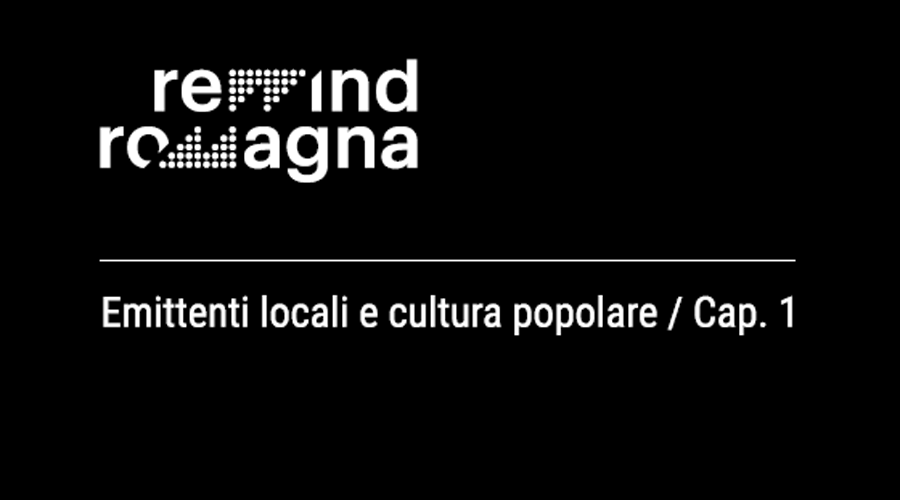 The short documentary that kick starts the project is available online, curated by Big Ben APS and Crinale Lab in collaboration with the Cineteca di Bologna.  It starts by enhancing and relaunching the pioneering adventure of one of the first local televisions in the region: TeleModigliana.

First steps at the Crinale, a sign of the numerous cultural and artistic territories.  Both an innovative and ancient hub based in a charming, renovated farmhouse located in the heart of Romagna-Toscana between Modigliana and Brisighella, on the edge amid the provinces of Forlì-Cesena and Ravenna. In a nutshell this is what the Crinale embodies, and it is in this context that the following project was born: Rewind Romagna. The project aims at relaunching the visionary enterprise of TeleModigliana forty years later, one of the first and most daring local televisions in the Region.  With an eye on the past and aiming at the future, the short documentary TeleModigliana – Canale 41, Appunti per una television ritrovata (TeleModigliana – Channel 41, Notes for a rediscovered television) has just been published online. The short documentary, curated by Alessandro Quadretti of Officinemedia, starts a journey of recovery and enhancement that will further develop in the coming months.

"1978. A television broadcaster from a small town anticipated the boom of local television by at least four years" said Andrea Bernabei of Big Ben APS / Crinale Lab. "A broadcaster led by a visionary, or rather by a television director, who used all his time and resources to explore a new media, invest, find a way to push the signal downstream and then, perhaps, towards Via Emilia. A schedule that involved friends and relatives, artists and freaks, journalists and curious youth. An eighteen meter high antenna on the roof of a convent. Quizzes and Political Tribunes, insights and country life. Cuisine and territory, festivals and soccer games. A utopia perhaps too far ahead of its time to last more than two and a half years, but strong enough to affect the model and development of the other local television stations in Romagna".

The Rewind Romagna project has per scope to document a precise historical moment, and it started with the fortuitous discovery of one hundred betamax cassettes in the cellar of Pierantonio Sangiorgi’s house (the creator of TeleModigliana, who has since passed away). Cassettes that were believed to be lost, which contain the only video documentation of the town’s life forty years ago, as well as excerpts from studio broadcasts and various reports.

The digital transfer, edited by Domenico Giovannini, has already brought to light hundreds of hours of recording. A real memory treasure (not only locally) and a witness of a historical timeframe filled with changes and the first discoveries on what was a new mass medium.

The journalistic work, coordinated by Big Ben APS / Crinale Lab, was organized in a various steps.

First, the creation of a “note pad” in the form of a twelve-minute short documentary in collaboration with director Alessandro Quadretti of Officinemedia (Forlì). Episode zero, which combines vintage videos and testimonies of the protagonists of that time, which paves the way for the actual documentary, scheduled for summer 2022. The short documentary is available at the following link: https://www.youtube.com/watch?v=5PUOpBSORmY

Simultaneously, the recovery and digital transfer of the remaining material as well as the restoration of the most interesting services, will take place and be made available for download on a designated site (in both original and unedited formats) in triangulation with the Cineteca di Bologna portal.

The adventure starts with TeleModigliana in the new "container" named Rewind Romagna, but it aims at including and sorting documentation of other first local broadcasters in the future.

"This idea of recovery is perfectly in line with the Crinale Lab and its relationship between arts and territory". Andrea Bernabei adds "which for us is equivalent to restoring a monument: halt history and memory, recognize it, consolidate it, and restructure it to prevent from losing it forever. The first local televisions were born in a specific historical moment, in which local folklore, the reverberation of the postwar period, and the boom seem to react to the blows of a rapidly evolving socio-economic situation. In these archives, we see Modigliana and its surroundings - certainly a tiny detail of a much larger painting - yet you perceive all the electric buzz of an era. Ironically, Pierantonio's work reveals all its weight and importance today, more than it did before. It is an exciting project to recover and to re-launch, as a model for the re-appropriation of a shared social memory".

TeleModigliana - Channel 41, Notes for a rediscovered television was presented to the institutions on saturday 18th december 2021, in Modigliana’s Town Hall by mayor Jader Dardi, who reflected: "This project does not only concern Modigliana’s community. A small local television at the end of the seventies tells the story of a social life still linked to values and behaviors that were soon to shift, perhaps influenced by the explosion of private televisions and by a profound cultural change that involved the entire country. The images are like a family album, in which we recognize loved ones and all the precious things linked to them.  I believe the rediscovery of this heritage is a matter of culture, to remind us how we used to be, to reflect on today and to build the future with confidence and awareness".

The Rewind Romagna project is carried out by Big Ben APS, in collaboration with the Municipality of Modigliana, the Accademia degli Incamminati, the Cineteca di Bolognaa, Gagarin Magazine, Crinale Lab,, and with the precious contribution of the Regione Emilia-Romagna and the Cassa dei Savings of Forlì.